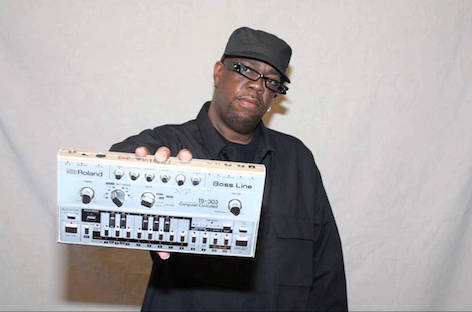 Earl "DJ Spank Spank" Smith founded the Chicago house group Phuture alongside DJ Pierre and Herb J in 1985. The trio, who are are widely known as the inventors of acid house, reunited in 2014, trading Herb J for new member Lothario Lee. Since then they've extensively toured North America and Europe as well as Australia and New Zealand. Smith suffered a stroke in May, then underwent surgery shortly afterwards.

DJ Pierre was the first to tweet about his passing this morning, though he has since deleted the tweet. Frequent collaborator Felix Da Housecat followed suit, tweeting, "Rest in Power Spank Spank. Thnk u 4 Thee Voice and Thee Acid..Icon and Legend." The cause of death hasn't been confirmed.

Phuture's "Acid Tracks" was the first house track to feature the TB-303 synthesizer—a piece of hardware that would come to define the genre. The Roland synth was built to accompany studio musicians with traditional bassline sounds, though Phuture unlocked its potential by programming it in ways that the manufacturer hadn't intended. When they recorded the now-iconic single in 1986, the mythic Chicago figure Ron Hardy was among the first DJs to champion the track. It officially came out the following year on Trax Records, and by 1989, the acid house sound had taken root in Europe, igniting a cultural movement in the UK.