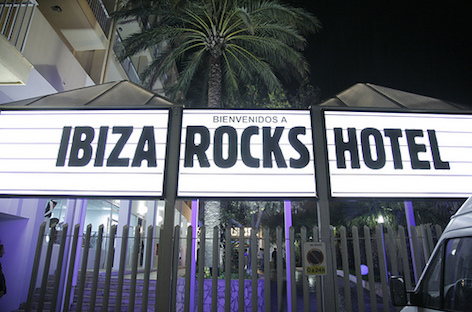 Ibiza Rocks, a hotel and open-air venue popular with British holidaymakers, has had its music license temporarily suspended by local authorities.

According to Diario De Ibiza, the San Antonio venue failed to comply with noise and vibration regulations during an inspection on July 24th. In addition, officials discovered that the stage had been moved, blocking a fire-exit and altering safety and evacuation requirements. The suspension came into effect on September 14th, and will remain in place until the venue meets the necessary conditions.

Two events have been affected by the ban: a gig with alt-rock band Wolf Alice on September 14th, and the W.A.R. closing party on September 16th featuring David Rodigan and Lethal Bizzle. Both relocated to nearby restaurant Ibiza Rocks Bar on San Antonio's beachfront. Other acts to have played Ibiza Rocks this season include Stormzy, LCD Soundsystem and Skrillex.